Defined by critics soprano-performer. She began studying classical dance and artistic gymnastics at a very young age, followed by a great passion for music and singing. Initially she devoted herself to the ancient repertoire but soon showed a marked attention to music, literature, theater and the art of our time. Would passions will lead her to follow experiential and transversal training courses.

She has collaborations with renowned composers such as L. De Pablo, L. Francesconi, M. dall’Ongaro, K. Saariaho. She has performed as a soloist in prestigious theaters and festivals in Europe and Asia: Maggio Fiorentino, RomaEuropaFestival, Cini Foundation Venezia with the Experimental Studio of Friborg, Dal Verme Theatre, Verdi Theatre for Play.it, Bartok Opera Fesztival etc. Her performances were broadcasted by Radio3 and Radio CEMAT.

Several composers have written for her experimental works of interaction between music, visual arts and dance. In 2017 and 2018 she held workshops for composers from all over the world, on contemporary vocality in the Opera at the Puccini Foundation in Lucca. In September 2018 she made her debut in Torre del Lago giving the voice to Umay robot in the work “Dr Streben” by G. Deraco, first work written with a robot on stage in collaboration with Pisa Robotics Festival and FECEteam. A reflection on the current and controversial human-machine relationship. Graduated in Opera Singing and Music Didactics, she perfected with S. Otto for the music of L. Nono, M. Custer, G. Bartolomei and A. Caiello with which she brilliantly achieved the High Specialization in Singing for Contemporary Opera at the OperaAcademy of Verona. She was trained at the Catholic University of Milan, obtaining her master’s degree in Event Management. As well as to the concert and teaching activities, she has worked together with a collective of artists with organizations and foundations dealing with special projects and international co-productions. 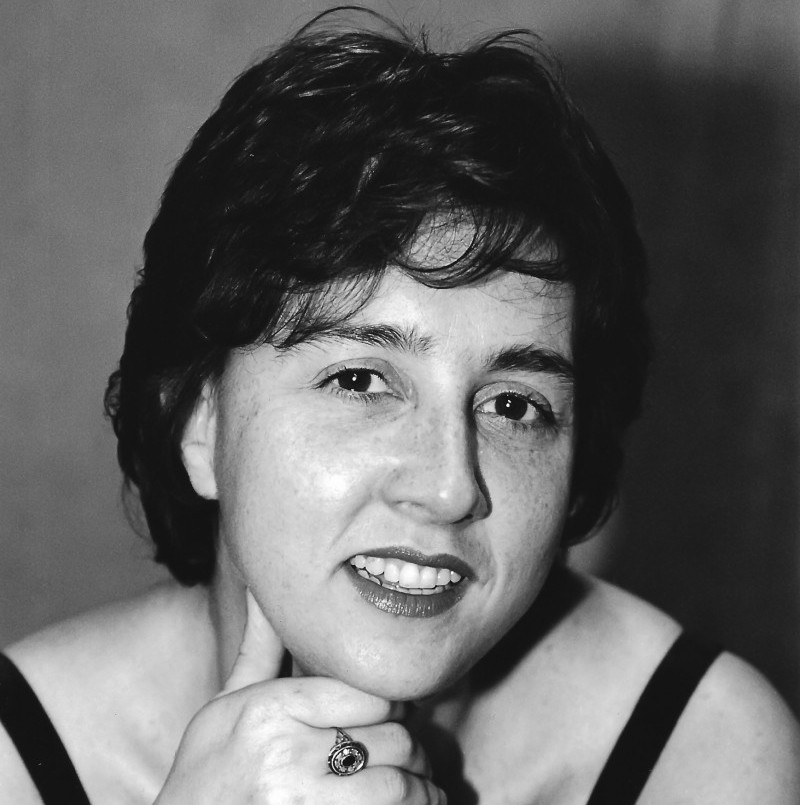 She was born into a family of musicians and she picked up studying piano when she was very young. She was only 20 when she graduated from the “Niccolò Piccinni” Conservatory in Bari. Now she teaches Piano Practice there. She has also studied composition with Marco Di Bari. Her creativity has always been expressed at the piano, of which she was and is able to explore the deepest sounds. Her piano studies continued with Enza Sicari and perfectionised with Alexis Waissemberg, Lev Naumov Massimiliano Damerini and Pierre Laurent Aimard, who has had a great artistic influence on Raffaella. Later on she graduated in Didactis of Music.

Raffaella has always loved the 20th century music and she has gradually been attracted by avant-garde music. Now she is a very passionate and curious pianist who spends all her time on contemporary musical research. She also loves to join her performances with other art’s forms.

Raffaella has collaborated with many musicians such as Mario Caroli, Michele Lomuto, Amelia Felle, Filippo Lattanzi.

For several years she collaborated with the soprano Maria Elena Romanazzi with whom she realised a musical theatre project in 2015 whose title was “La voix humaine” by Francis Poulenc, followed by “Facebooking” by Girolamo Deraco and the experimental direction of Nino Cannatà. The latter has been on tour all over Europe. They recorded together a monographic CD from George Crumb’s music, too. This composer responds perfectly to Raffaella’s artistic energy. She immediately fell in love with her style, deciding to totally devote herself to the study of her music.

Raffaella has played in many countries: Hungary, Germany, Albania, France, Norway, Austria and in many Italian cities.

She is president of a musical association since 1991.
She is the artistic director of URTIcanti, a contemporary music festival in Bari. 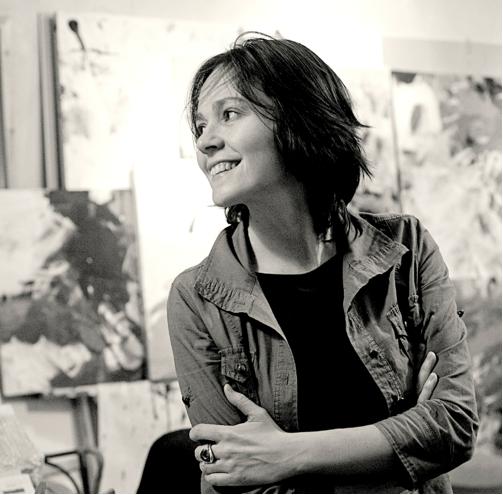 Her pictorial work on canvas runs through the dynamics of action painting. From the historical American action painting, she has continued her search for color in the variables and affinities of the pictorial sign which is physical movement: sign-gesture-memory. She has improvised in performances of pictorial actions where gesture and movement build a “free” dance, interacting with other forms of art, such as music, voice, dance, theater. She has realized in Italy and abroad, real “live art” unique and unrepeatable. She works in the field of Design and Advertising Communication. She works alongside Communication Agencies and Private Companies, creating great artworks on canvas, commercials, scenographic installations. Her artworks are recognised in film sets and video spots for advertising communication and belong to Collections, Archives and Foundations such as Boscolo Hotels, Banks, Health Centers, Eni, Enel, HCareggi, Ntt Data Telethon, QVC, Universities, Higher Institutes, ect.